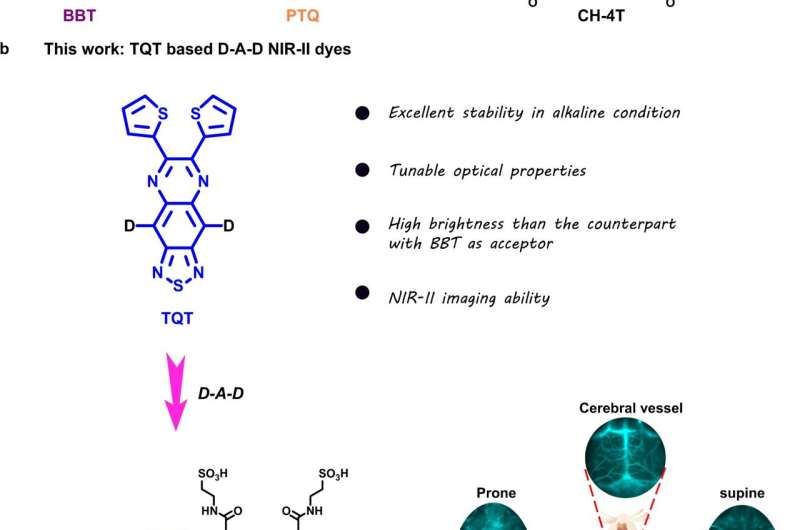 Donor-acceptor-donor (D-A-D) type organic fluorophores generally exhibit good biocompatibility, and tunable optical properties, which have been widely used in biological imaging. However, most of the research focused on the donor part development and much less attention has been focused on the acceptor part.

In a study published in Nature Communications, researchers led by Cheng Zhen and Chen Hao from the Molecular Imaging Center of Shanghai Institute of Materia Medica (SIMM) of the Chinese Academy of Sciences reported a novel water-soluble NIR-II dye, FT-TQT, for versatile biomedical imaging applications, which is based on a new electron acceptor, 6,7-di(thiophen-2-yl)-[1,2,5] thiadiazolo[3,4-g] quinoxaline (TQT).

Compared with traditional electron acceptors, benzobisthiadiazole (BBT) and 6,7-diphenyl-[1,2,5] thiadiazolo[3,4-g]quinoxaline (PTQ), TQT shows much higher stability in alkaline conditions than BBT and a 50 nm longer bathochromic shift in the absorption spectrum than PTQ.