AHA news: Early pregnancy may be a prime time to promote heart health 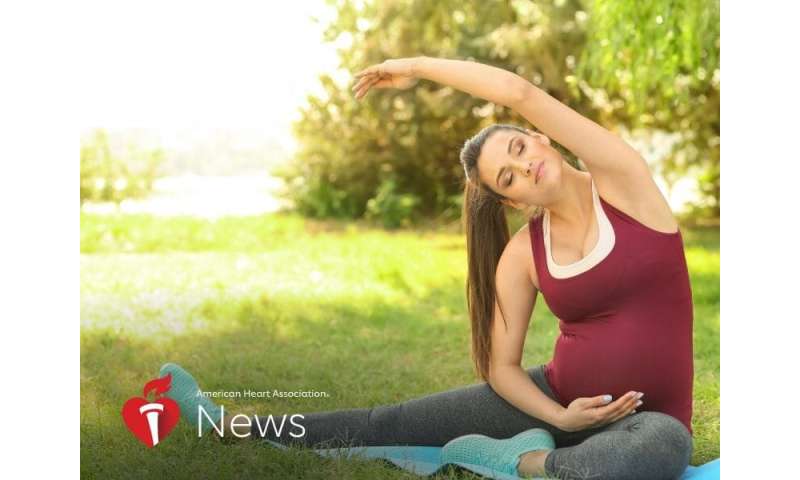 Improving cardiovascular health during the early stages of pregnancy can lead not only to a healthier pregnancy, it also can greatly improve a woman’s long-term heart health, new research shows.

The findings, published Tuesday in the Journal of the American Heart Association, underscore the importance of entering pregnancy in optimal health. They also suggest an opportunity for health care providers to guide women toward healthy lifestyle changes during their childbearing years.

“For most women, pregnancy is a natural moment to voluntarily seek medical care and improve physical health,” wrote lead author Dr. Laura Benschop, a researcher in the Department of Obstetrics and Gynecology at Erasmus Medical Center in the Netherlands. “Improving cardiovascular health in early pregnancy will likely result in a longer lifetime spent in better health, thereby reducing the risk of cardiovascular disease.”

The long-lasting benefits held true for all women in the study, but they were especially pronounced in those who experienced hypertensive disorders of pregnancy, such as gestational hypertension or preeclampsia.

The findings suggest health care providers should pay close attention to a woman’s cardiovascular health during pregnancy and use this time as an opportunity to promote lifestyle changes such as diet, Benschop said.

It is standard practice to measure blood pressure, cholesterol, blood sugar, smoking and body mass in early pregnancy, Benschop said. But what’s not standard is combining those metrics into a cardiovascular health score – and then using that to provide feedback to the expectant mother. She recommends OB-GYNs begin doing so.

The American College of Obstetricians and Gynecologists agrees.

In May, ACOG released new clinical guidelines on pregnancy and heart disease recommending all women be assessed for cardiovascular disease before and after pregnancy.

“We know that the leading cause of pregnancy-related mortality is cardiovascular disease and cardiomyopathy,” said Dr. Lisa M. Hollier, a professor at Baylor College of Medicine in Houston who recently finished her term as president of ACOG. “It accounts for one in four of all maternal deaths.”

Women are being evaluated for heart disease symptoms, said Hollier, but that assessment “has not been done in a systematic way.”

“Women who believe they have cardiac disease or suspect they do should try to be evaluated by a physician ideally before pregnancy,” she added. “It’s also important for women who have complications in pregnancy, such as high blood pressure, to know that they are at increased risk for heart disease later in life. Those women need special follow-up after pregnancy as well.”