Shay Mitchell does not think all will be impressed with her YouTube pregnancy docuseries, Almost Ready — primarily her baby girl.

“It truly is documenting us, you know, and all these different situations leading up until … you know, she comes out,” Mitchell, 32, told Us Weekly and other reporters at the CTAM TCA Summer Press Tour for Hulu’s Dollface. “So I think it will be kind of cool for her to be able to look back and be like you guys were nuts! You know, truly.”

The Pretty Little Liars alum shared how her pregnancy was progressing, revealing that she “didn’t know how much … of an emotional rollercoaster” the journey would be. 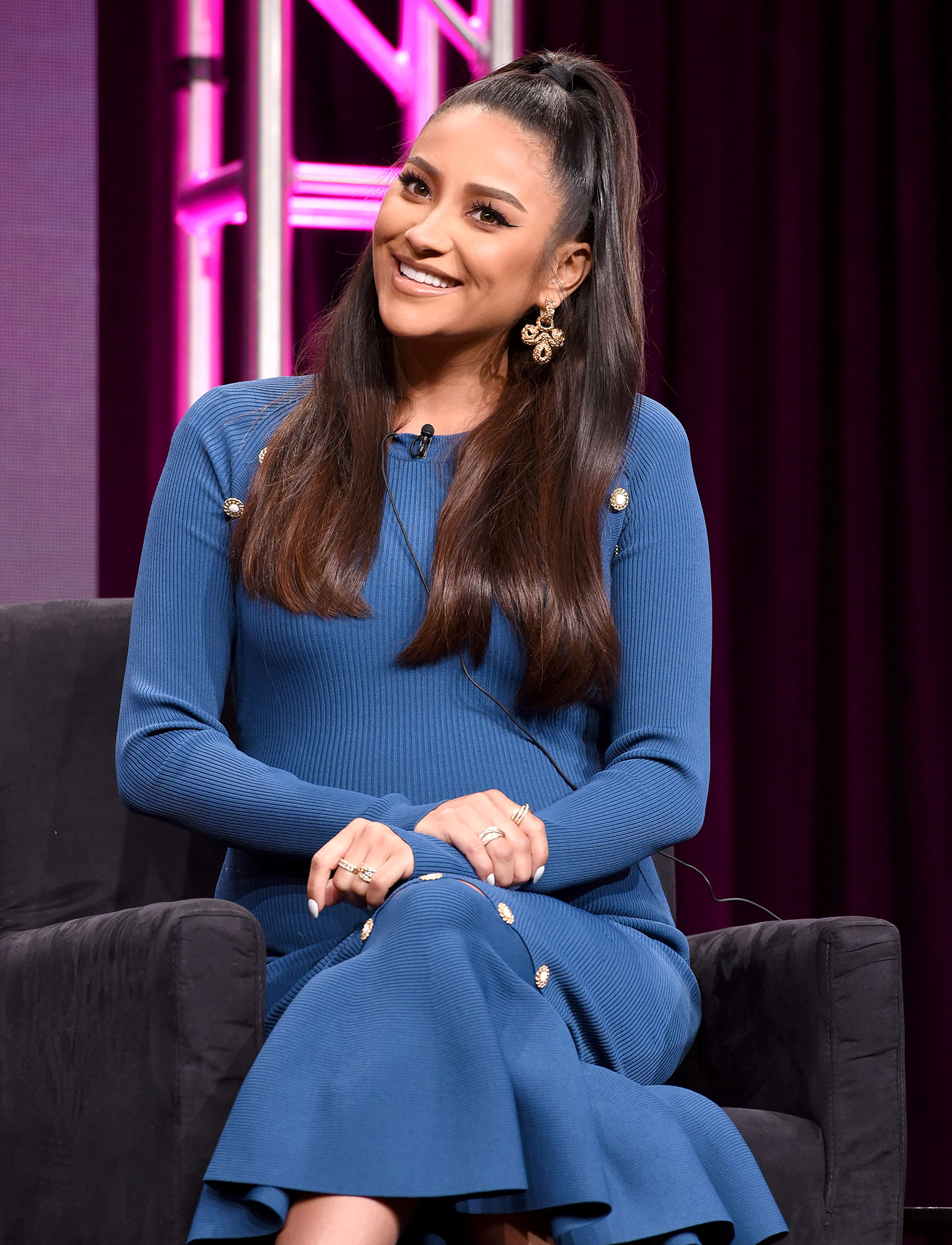 “I knew more so that it was going to happen at the aftermath of it, but I didn’t know that during that [is] was going to happen,” she continued. “So I think that’s kind of what initiated me to want to start the show that we have on YouTube. Just so I could really share those emotions.”

The You actress surprised fans in June when she unexpectedly announced that she was expecting her first child with boyfriend Matte Babel, 38, on her YouTube page.

“It’s exciting, nerve-racking, difficult and emotional all at the same time,” she said in the show’s trailer. “Everyone waits for the right time to make the announcement, and for me, it wasn’t until I couldn’t hide it anymore and was tired of wearing oversized sweatshirts. We’re beyond excited and looking forward to starting a family.”

The YouTube announcement included an intimate Instagram pic, where she showed her growing belly for the first time in a topless shot. She joked in the photo’s caption, “Does this mean I’m allowed to drive in the car pool lane at all times now?”

Since sharing the big news, Mitchell’s Instagram page has featured several updates about her experience carrying her bundle of joy. On July 9, she debuted her swollen feet in an Instagram Stories snap. “OK, so either Alana tied up my shoes too tight or I’ve just become a member of the swollen foot crew,” she shared at the time.

Mitchell revealed in January that she suffered a miscarriage in 2018. On New Year’s Day, the Canadian star opened up about the rough occurrence, sharing a picture of a sonogram and adding a broken heart emoji.

“The support and affection that so many of you show me lifts me up during even my darkest days, one of which happened last year after I miscarried and lost the child of my hopes and dreams,” she wrote. “In the spirit of the new year, I think that we need to remember that we are all on this journey together — in good times and in bad — and to remind ourselves that we seldom really know or understand the struggles and hardships that other people are going through.”

With reporting by Amanda Champagne