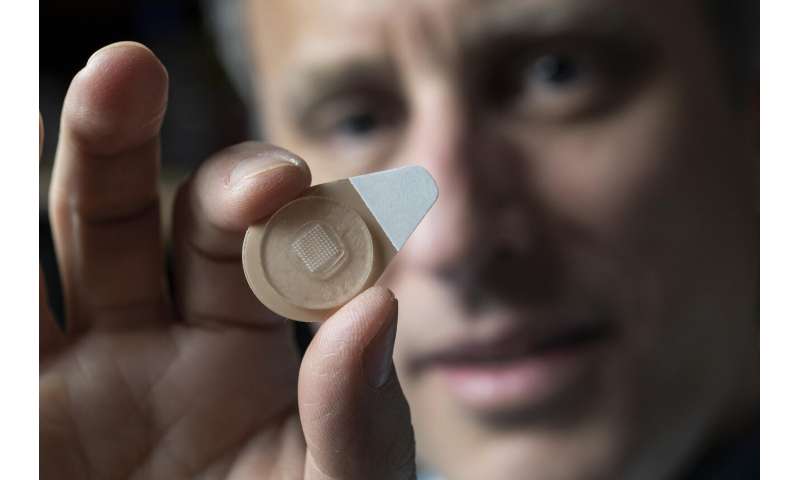 A team of researchers affiliated with several institutions in the U.S. has developed a microneedle-based patch as a means of delivering birth control drugs. In their paper published in the journal Science Advances, the group describes their patch, how it works and how well it worked when tested on rats.

The current standard for contraceptive based drug delivery is a pill that must be taken every day. But while the Pill, as it has come to be known, is considered very effective, it has its drawbacks. One of them is that the person relying on it must remember to take it every day. Another is that it must be taken at the right time every day to be truly effective. Because of these drawbacks, scientists continue to look for new and better methods of preventing pregnancy. In this new effort, the researchers have developed a microneedle-based patch that is meant to protect a woman from pregnancy for up to a month at a time.

Each patch, which is about the size of a bottle top, has a host of microneedles affixed to its underside—the side that will be applied to the skin. The needles are so small that they do not cause pain or discomfort when applied. And they are made out of a biodegradable polymer mixed with the hormone levonorgestrel. When the patch is applied to the skin, the microneedles puncture the skin, then bodily fluids interact with the material that holds them to the patch, allowing them to be released. Once they are released inside the skin, the patch can be removed (after approximately one minute), which means the woman does not have to keep it in place like smoking-cessation patches. Inside the skin, the needles break down very slowly over time, releasing small amounts of levonorgestrel into the bloodstream, preventing pregnancy.

Thus far, the researchers have tested the patch with rats and have found it to be as effective as they had hoped. They also tested the delivery system with a placebo on 10 human female volunteers. The researchers report that the microneedles detached just as they were designed to do. They further report that nine of the ten women said they would use the microneedle-based patch if were to become available to them. 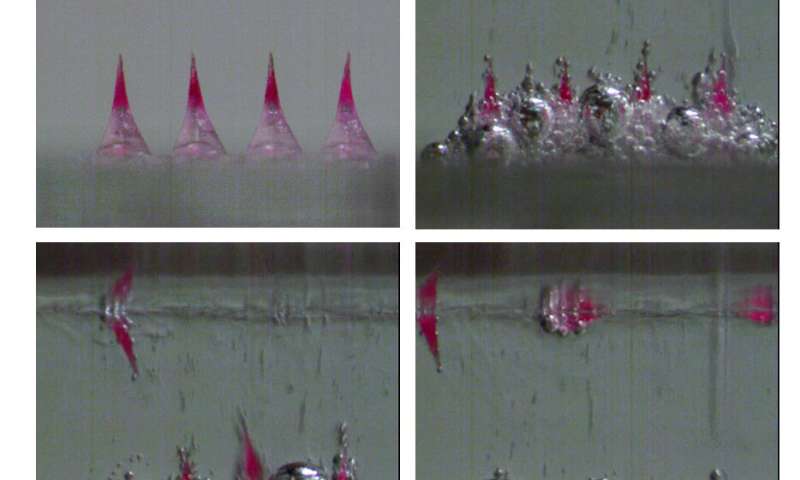 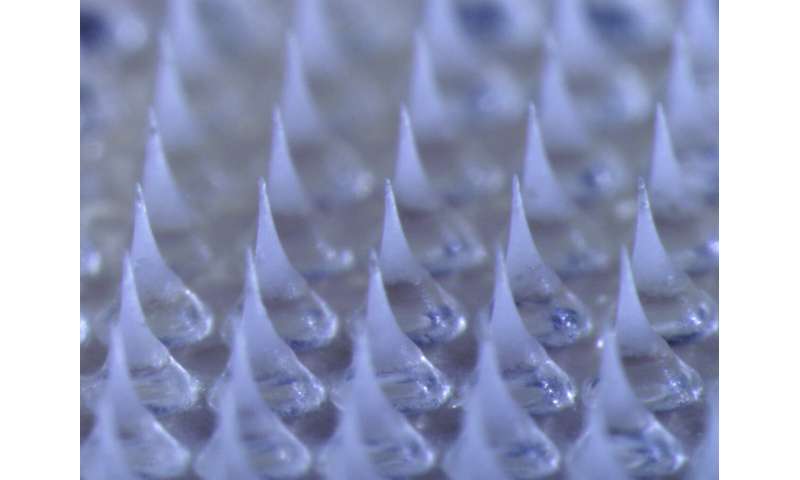